PrevPreviousPharma Spreads Its Bets On Multiple Modalities In Advanced Products

For the first time, we have analyzed Catenion’s R&D Productivity insights through the lens of the Chinese market. Chinese biopharma has gone through various phases, initially focusing exclusively on the Chinese market, often with drugs for highly precedented targets, this is now changing along two dimensions simultaneously – globalization and innovation. Read here “R&D Productivity – A Perspective for Chinese Biopharma Companies”, available in both English and Mandarin.
Download Article

A Value-Based View of R&D Productivity

R&D Productivity is an evergreen topic of senior executives in the biopharma industry, mostly in the
context of what can be done to improve it. At Catenion we have almost twenty years of experience in
helping companies from small biotechs to Big Pharma improve returns on R&D investments. Based on an
old management saying – “you can’t manage what you can’t measure” it is important to create a definition
that allows an objective tracking of productivity.

A lot of companies have no or very vague definitions of R&D productivity, mostly based on spending per
new drug approval. Such a metric is typically a snapshot at a given point in time and does not reflect the
five to ten years of R&D effort that go into novel drugs, and it also does not account for the actual value
creation, as novel approvals differ widely in terms of commercial potential and net present value.

For those reasons, we have defined two R&D productivity metrics that reflect a more stable long-term
perspective and a more snapshot like picture of current momentum. The metrics essentially capture the
investment required to create the current pipeline and products launched in the last eight years. The two
metrics are then weighted (long-term 3/4, momentum 1/4) and combined in an overall R&D productivity
metric.

We also have a second set of metrics that looks at the commercial performance of companies, tracking
growth rates of sales, EBITDA and market cap, both retrospectively and forecasted. This second metric is
important as it shows how superior R&D performance ultimately translates into commercial success. The
two metrics are then used to rank the largest 30 biopharma companies. Catenion has performed these
rankings since 2014 on an annual basis, and in this year’s ranking we have included for the first time also
smaller to mid-size companies (sales rank 30-50).

2021 Ranking – The Year of mRNA Vaccines

2021 has been a turbulent year for biopharma, with some very positive developments (eg. the success of
mRNA vaccines for Covid19) and some problematic aspects (eg. the starting of the meltdown of US
biotech valuations). For pharma the year has been good but not great, reflected in the comparably high
number of approvals by the FDA (50 vs. 10 year average of 41) and stable share price performance.

mRNA vaccines top the ranking, both BioNTech and Moderna have been incredibly productive
(spending vs. value created). Can Moderna and BioNTech “do it again” outside of infectious
disease vaccines in the field of cancer or auto-immune disease & non-mRNA tech?
• China’s hidden champion Jiangsu Hengrui is in the top 5 the second year in a row. The key
question is “can they move beyond best-in-class or me-too for China” strategy and become a real
innovator? When will the post-Covid era start in China?
• Vertex lead drug Trikafta’s value keeps increasing, the question is can they move beyond their
market dominating cystic fibrosis (CF) franchise? Long patent runway and good cash position give
Vertex plenty of time to consider options to diversify.
• Lilly and Novo – GLP-1 agonists, the gifts that keep on giving. Especially Novo’s success and
strategic fate, but also Lilly’s to some degree are linked to its GLP-1 franchises. The drug class
started in T2DM, then came Obesity, and in the future possibly NASH.
2/2
• Biogen and Eisai – partners in Alzheimer’s disease, but under increasing pressure to make up for
the Aduhelm flop.
• Roche and Astra Zeneca – Both traditional Big Pharma players with a strong Oncology
dependance (>50% of portfolio value). AZ has started to diversify into rare diseases, also
exemplified through the expensive Alexion acquisition, Roche has so far shied away from mega
deals, in the past it could rely on a mixture of small to mid-size deals and its Genentech gRED
R&D operation to fuel the pipeline.
• First ever ranking of mid-size companies (sales rank of 30-50) show some high-performers, with
various degrees of strategic risk. Novavax (#1) will depend entirely on the fate of its Covid
vaccine, whereas highly diversified companies such as BioMarin (#2) or Swedish Orphan
Biovitrum (#4) combine a strong performance with a diversified rare disease portfolio.

A Chinese company entered our ranking for the very first time in last year’s survey as Jiangsu Hengrui
made it straight to the top in its first showing as one of the largest 30 biopharma companies globally. In this
year’s ranking Hengrui made it to the #3 slot in R&D productivity and the #1 slot in company performance.
So far, it is the only Chinese company in our top ranking because we look at the 50 largest companies by
sales. However, we expect Beigene and perhaps a few others to enter the ranking in the future.

Chinese biopharma has gone through various phases, initially focusing exclusively on the Chinese market,
often with drugs for highly precedented targets, this is now changing along two dimensions simultaneously
– globalization and innovation. Jiangsu Hengrui is a good example of this, as the company’s vision states
that it wants to “Become a global biopharmaceutical group through innovation”. Hengrui still has a way to
go in the innovation area, as it is mostly focused on long-established targets, but overall China has
established a strong position for example in the field of cell therapy, right now, there are more clinical
studies for Car-Ts running in China compared to the US. While Chinese biopharma has traditionally
mostly in-licensed assets for development in Europe or the US, there is now an increasing trend towards
out-licensing assets as well. While this was historically mostly focused on Chinese rights, now Chinese are
also taking on assets with global rights via overseas investment, merging or acquisition. One very recent
case to notice is Sino Biopharmaceutical’s acquisition of F-Sart Therapeutics Inc. for its next generation
bispecific discovery platform in June 2022. Grand Pharmaceutical Group is another good example, who
successively acquired/invested Australia’s Sirtex Medical Limited and ITM Isotopen Technologien
München AG for their targeted radionuclide therapies

Go back to the overview 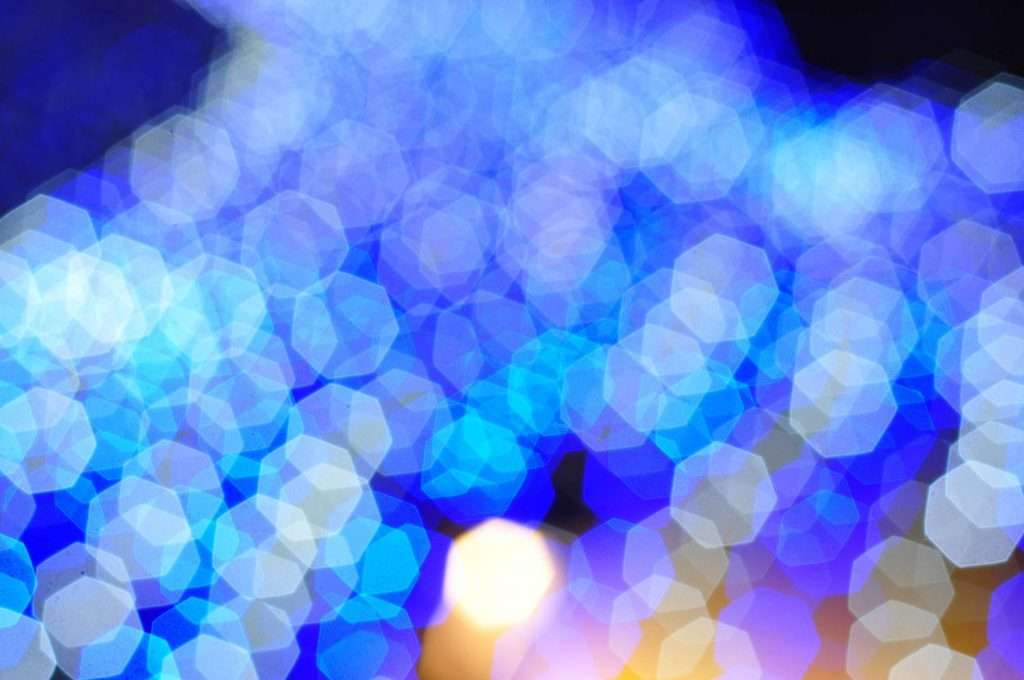 Pharma Spreads Its Bets On Multiple Modalities In Advanced Products 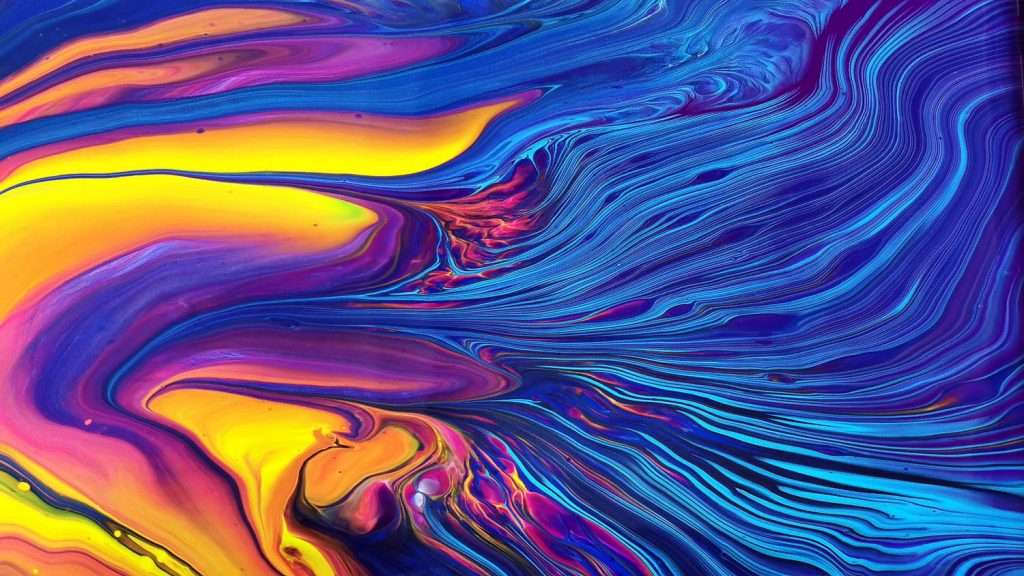 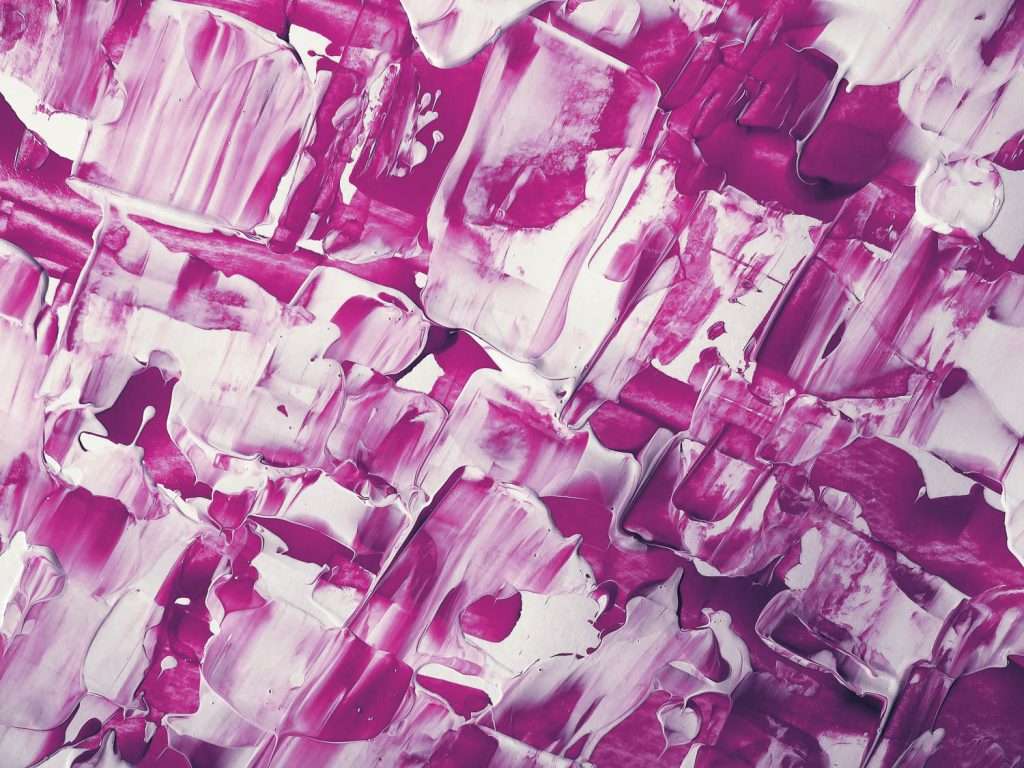 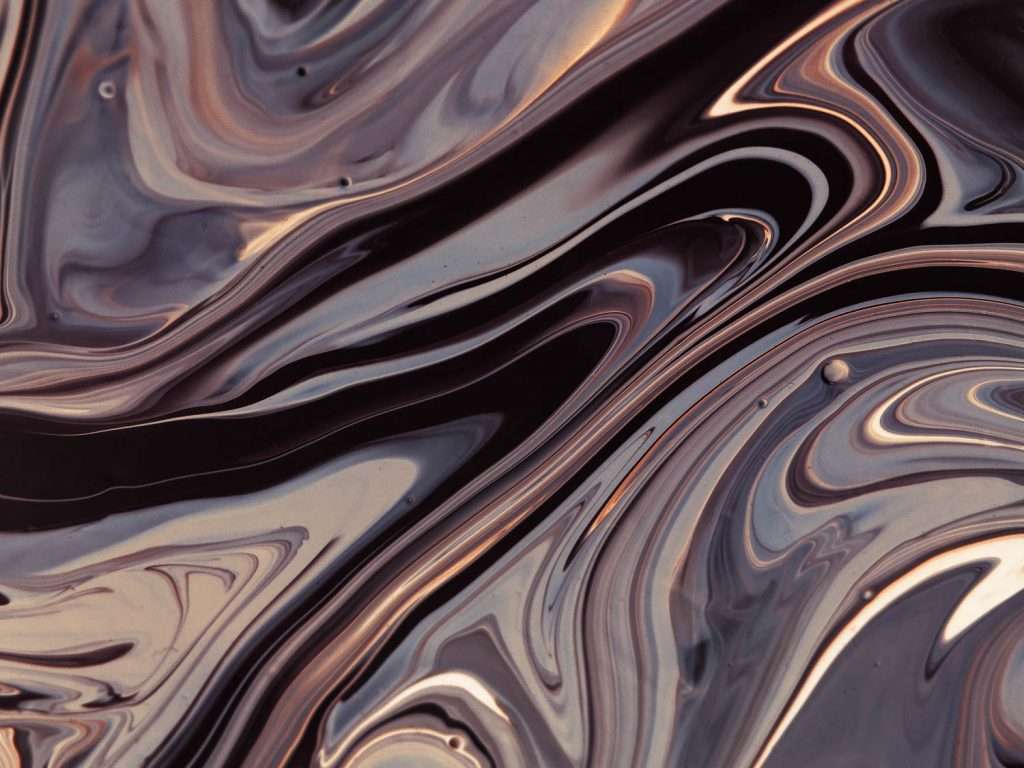 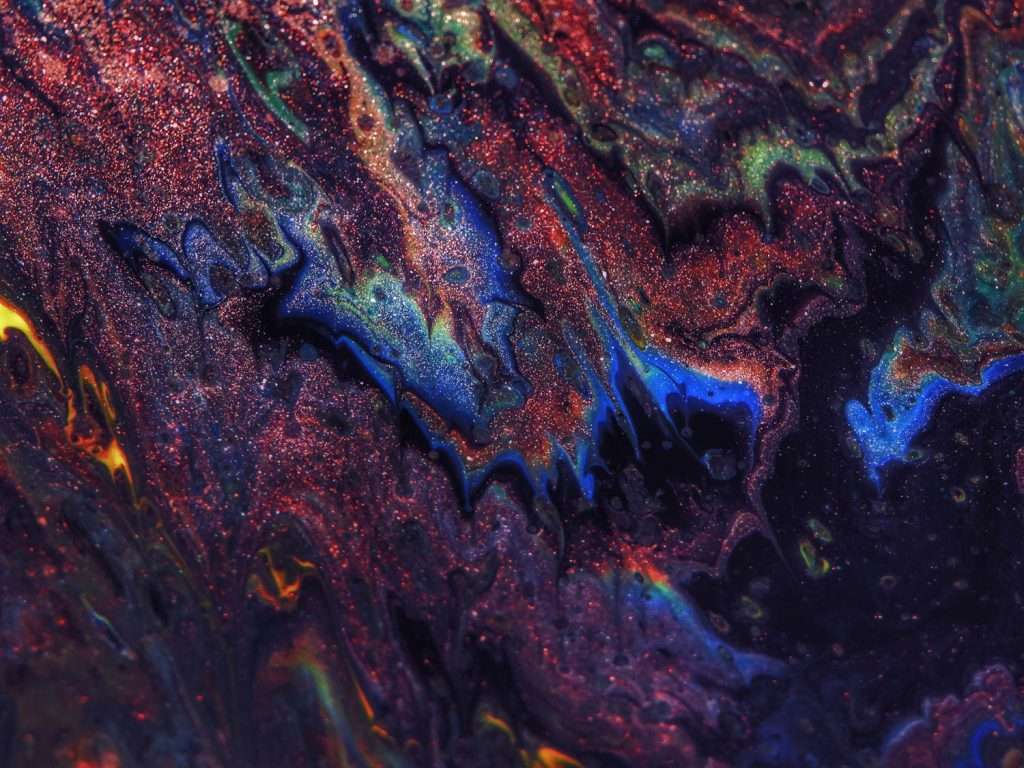 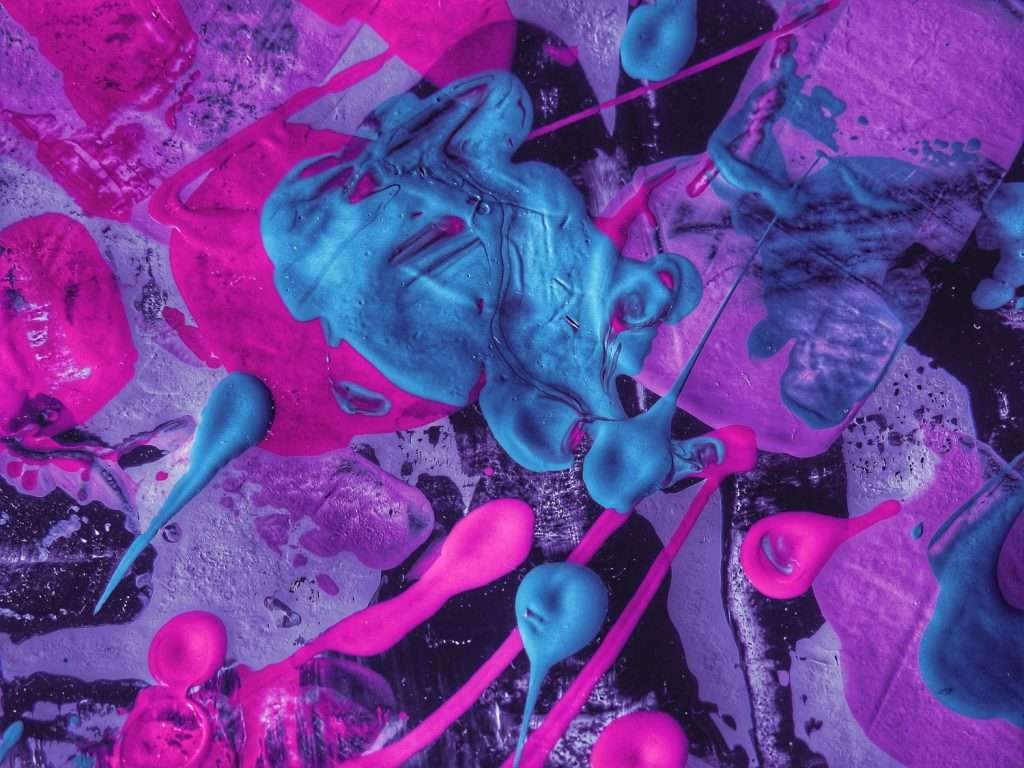 The Architecture Of A Blockbuster 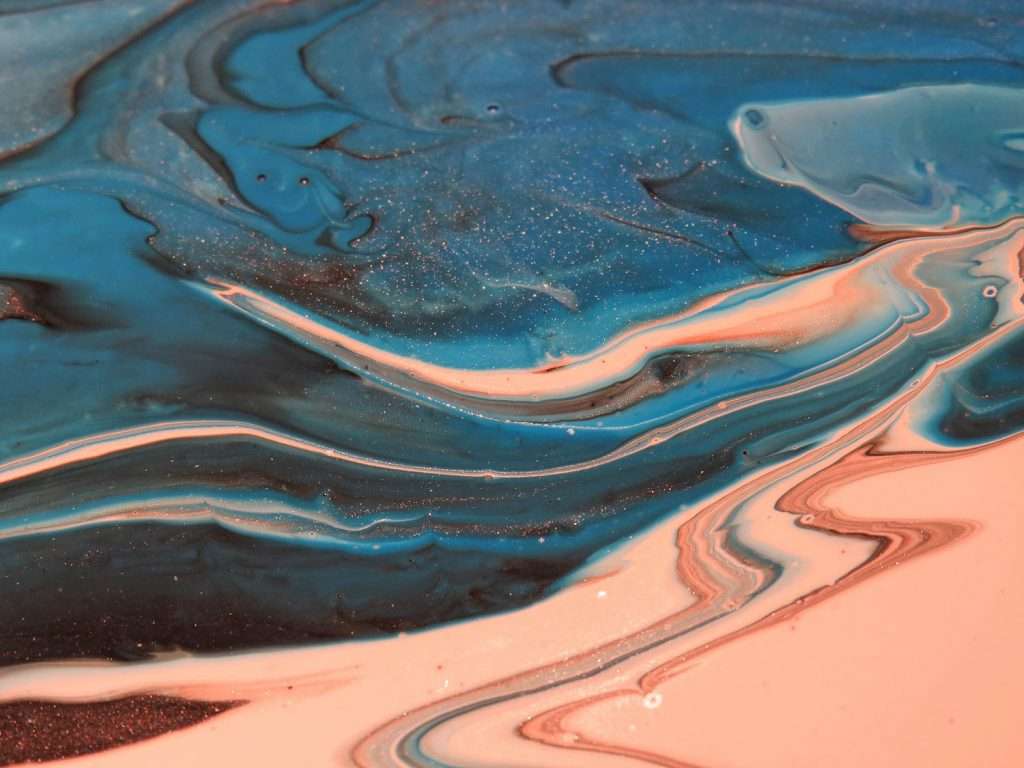 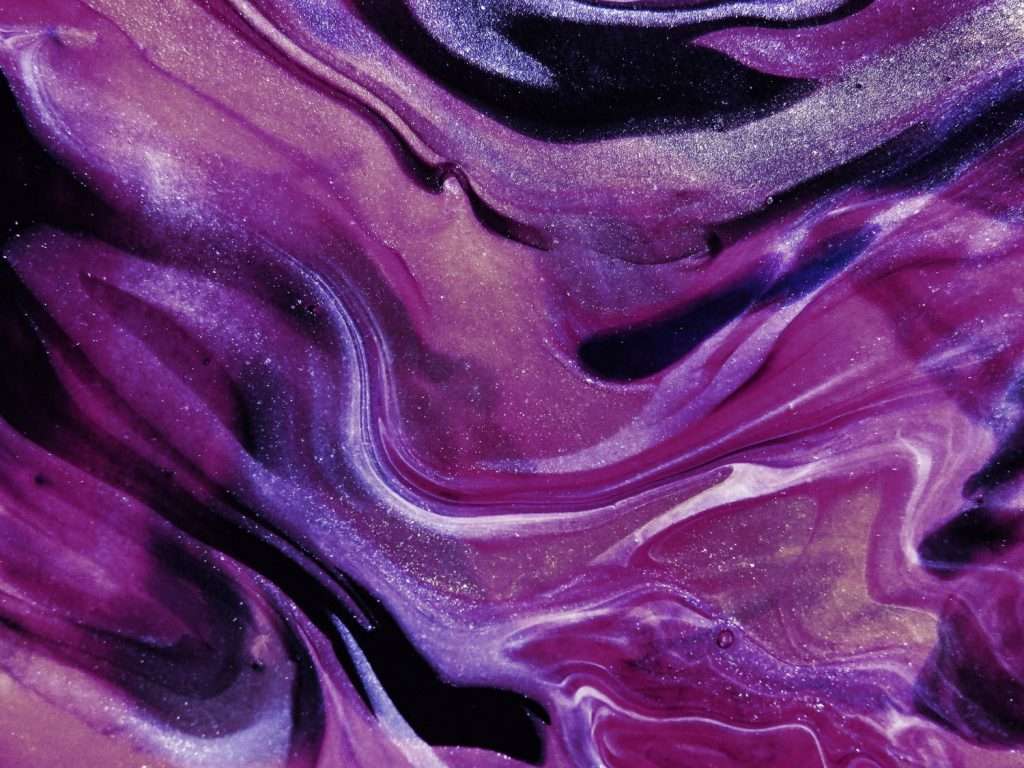 6月 03rd, 2019
Digital technology i…
Read This Article
See All News & Insights
Go back to the overview

Pharma Spreads Its Bets On Multiple Modalities In Advanced Products

The Architecture Of A Blockbuster

6月 03rd, 2019
Digital technology i…
Read This Article
See All News & Insights
Manage Cookie Consent
To provide the best experiences, we use technologies like cookies to store and/or access device information. Consenting to these technologies will allow us to process data such as browsing behavior or unique IDs on this site. Not consenting or withdrawing consent, may adversely affect certain features and functions.
Manage options Manage services Manage vendors Read more about these purposes
View preferences
{title} {title} {title} 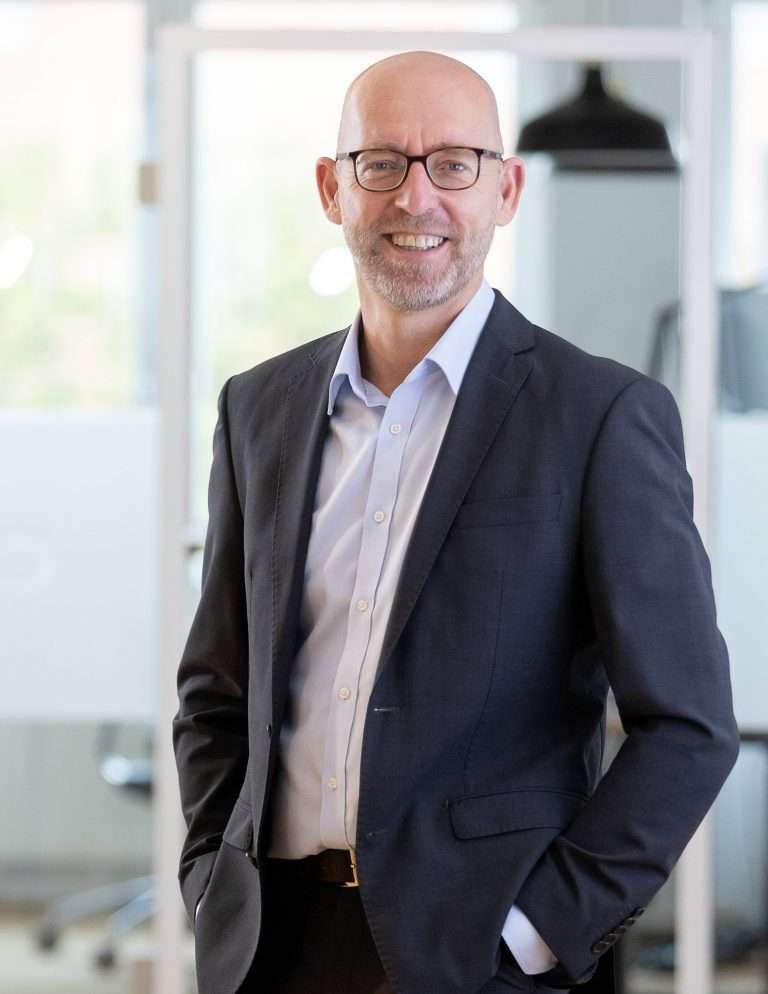 Arno Heuermann is a founding Partner of Catenion who lives in Berlin, Germany. Arno has ten years of experience as CEO and COO. He has managed companies in Germany, France and Luxemburg.

While working on his degrees, Arno founded a technical engineering office in 1994. He continued to follow the entrepreneurial path in 1998 by founding Biopsytec GmbH, a DNA diagnostics company focused on agriculture, heading the company for more than five years as Managing Director.

In 1999, he co–founded Epigenomics AG, a public biotech company focused on DNA methylation, later remaining as an advisor and member of the firm’s Supervisory Board.

In August 2000, Arno orchestrated the founding and financing of Biopsytec Holding AG, thus merging Genious SA and the QTL AG and Biopsytec GmbH. He managed Biopsytec Holding AG for the next three years before helping launch Catenion in 2003. Since that time, he has been Catenion’s chief operating officer.

Arno holds a diploma degree in process engineering from the Technical University of Applied Sciences in Berlin. In addition, Arno attended the Berlin business school for Industrial Engineering and Management.

He is experienced in the diverse practices of patent management and has made numerous successful inventions.

Arno Heuermann is married and has two children. He is a lover of classical music, country life and horseback riding. 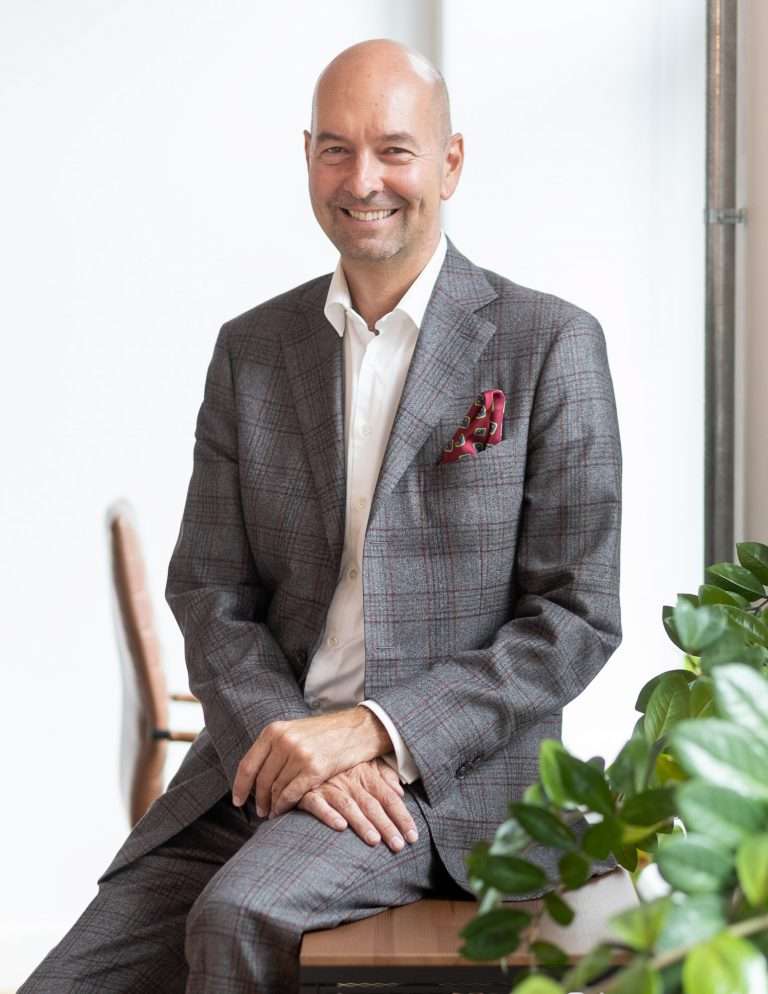 Matthias Krings is a founding Partner of Catenion.

He has worked for international pharma, biotech and medtech organizations on a variety of topics. Matthias works with clients on developing corporate and R&D strategies, identifying new areas of opportunity, tailoring asset and company searches for BD&L and M&A, maximizing the value of existing assets through therapeutic expansion, and prioritizing R&D portfolios. Matthias is also resposible for the creation and delivery of bespoke client education programs in the Catenion Academy.

Before co-founding Catenion in 2003, Matthias was a consultant at Mercer Management Consulting (now Oliver Wyman) and later joined a strategy consulting boutique, Theron.

Matthias holds a diploma and a doctorate degree in Biology from the Ludwig-Maximilians University in Munich. His PhD work was supported by a scholarship from the Boehringer Ingelheim Fonds, Foundation for Basic Research in Medicine. Matthias made significant scientific contributions to the field of human evolution (Krings et al., Cell 1997: Neandertal DNA Sequences and the Origin of Modern Humans).

Matthias co-authored Catenion’s Commentaries “Elements of Winning Strategies in R&D” and “Recombinant Portfolio Management – Recognizing and Enabling Innovation”. They are part of Catenion’s “Shaping Pharmaceutical Strategy” series that focuses on high-profile issues for the industry. Christian Elze is a founding partner of Catenion and has been developing the company’s business in Japan since 2008. He holds a BSc from the London School of Economics and an MBA from Columbia University.

Christian is working with companies, universities and governments in the field of biomedical innovation. In his work, Christian is focusing on how emerging technologies and translational research are re-shaping the respective roles of funding agencies, investors, biopharma companies and academia in the research and development of new drugs.

Besides his consulting work, Christian frequently speaks about Emerging Technologies, Healthcare Reform, Pricing & Reimbursement,  Biomedical Innovation, as well as Translational Research at industry conferences and universities in Japan, the US and Europe.

Christian is a fluent speaker of English, French, German, Italian, Portuguese, Russian and Spanish and lives with his family in London.